Skip to content
Previous Next
FYCMA brings together over 185.000 participants in the first half of the year

FYCMA brings together over 185.000 participants in the first half of the year, with two new trade fairs and more business events

FYCMA (Malaga Trade Fair and Congress Centre) welcomed more than 185,000 participants between visitors to trade fairs and attendees at congresses, conventions, workshops and other events. More than a hundred events have been held in total, with an increase of over 30 per cent in business meetings and two new trade fairs 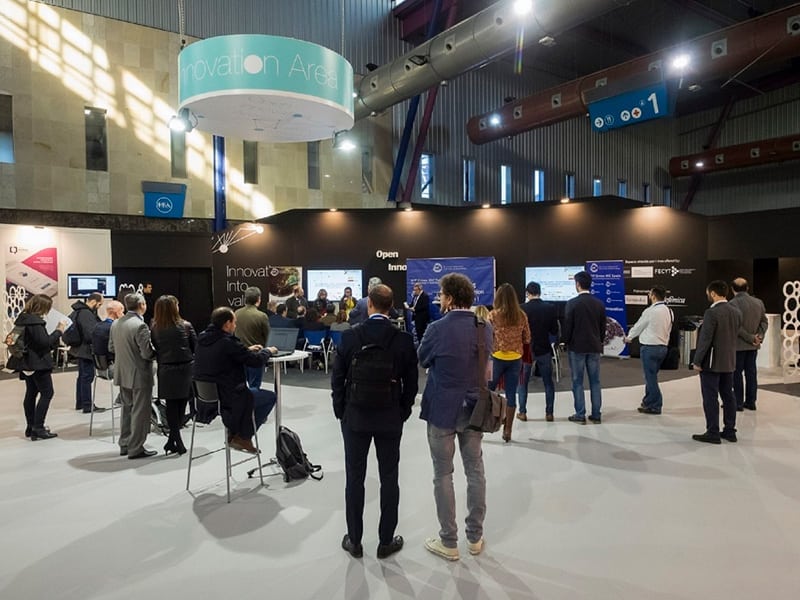 More than 185,000 participants visited FYCMA (Malaga Trade Fair and Congress Centre) in the first half of the year to attend one of the 100-plus events held at the venue in this period. This figure, above that registered for the same period in 2017, reflects the dynamic nature of an expanding schedule whose activity has generated more than 70 million euros in the capital city and the metropolitan area so far in 2018, according to criteria established by the Spain Convention Bureau in its latest report and by the Spanish Trade Fair Association (AFE).

With regard to trade fairs, FYCMA has introduced two new events organised by the Centre itself, namely Mayfest, the 1st Young People´s Festival of Malaga – a leisure initiative aimed at adolescents and youngsters geared to music, dancing, technology and caring for one´s personal image – held in January, and the Smart Agrifood Summit, a pioneering event with a focus on the digital transformation of the agri-food industry, held last June.

Moreover, the final quarter of the year – one of the most active periods -, will feature the first editions of the S-Moving, Smart, Autonomous and Unmanned Vehicles Forum, a unique event in Europe on technological development for smart, autonomous, connected and unmanned mobility – on 17 and 18 October -, and Talent Woman, an initiative to promote female talent within the scope of the company, technology and science. FYCMA has thereby consolidated its investment in the organisation of specialised events based on innovation applied to advanced sectors, a strategy in line with the status of Malaga as the main technological enclave in southern Europe and a city known as a generator of knowledge.

In relation to congresses, conventions, workshops and other events, the almost 30 per cent increase in business events is particularly noteworthy, highlighted by participation from within the scope of the scientific-health and economic-entrepreneurial sectors. Hence, FYCMA has hosted the major Spanish events of renowned medical organisations, such as the congresses of the Spanish Societies of Aesthetic Medicine and Clinical Immunology, Allergology and Pediatric Asthma, respectively.

Thus, the Centre will once again welcome around 4,000 health professionals to the National Cardiopulmonary Resuscitation Congresses on 19 and 20 October, Out-of-Hospital Pediatrics and Primary Care – between the 25th and 27th of the same month -, and Endodontics, from 01 to 03 November. The Centre hosted the European Hydrogen Energy Conference in March this year, attended by professionals from all over the continent. Particularly worthy of mention is the interest of these events in relation to the general strategy of FYCMA in attracting events, which is of a qualitative nature and closely linked to its commitment to the city of Malaga.

As such, longer events are given preference due to the fact they attract a larger number of participants with above-average spending power and who promote an increase in overnight stays.

Having hosted major business events such as the National Hotel Entrepreneurs Congress and Interex Forum, the 1st International Diplomatic and Business Forum this year, in the last quarter of 2018 FYCMA will hold Turitec, the International Congress on Tourism and Technologies, and Andalusia Management, among others.

The new trade fair season gets underway on 14 September with the International Malaga Tattoo Convention, due to last until the 16th of the same month. October will continue with Instalandalus – from the 4th  to the 6th -; the aforementioned S-Moving, on the 17th and 18th, and Celebrate Malaga, the 12th Weddings and Celebrations Fair, from the 19th to the 21st. November will be the turn of  the Ocasión Motor Fair, from the 2nd to the 4th; the 14th the Outlet Fair between the 9th and the 11th; FifSur, on the 16th and 17th; the 14th edition of SIMed, the Mediterranean Real Estate Fair, from the 16th to the 18th; Mi Mascota, the 7th Company Animal Event, on the 24th and 25th, and Talent Woman, on 30 November and 01 December. Finally the pre-Christmas period will feature the New Future Market, from 06 to 09 December, and the 15th edition of MIMA, which will arrive with a fully renewed format as of 26 December.